Premier League heavyweights Arsenal have reportedly made an offer for Benfica left-back Alejandro Grimaldo. This is according to the report from Portuguese newspaper A Bola which disclosed that the Gunners are now in negotiations with Champions League quarterfinalists Benfica over a move for Spanish player Grimaldo. It was reported that Arsenal have made a £6.4m offer for the left-back who has one year left on his current deal with Benfica. The Gunners are looking to take advantage by signing him in a cut-price deal. 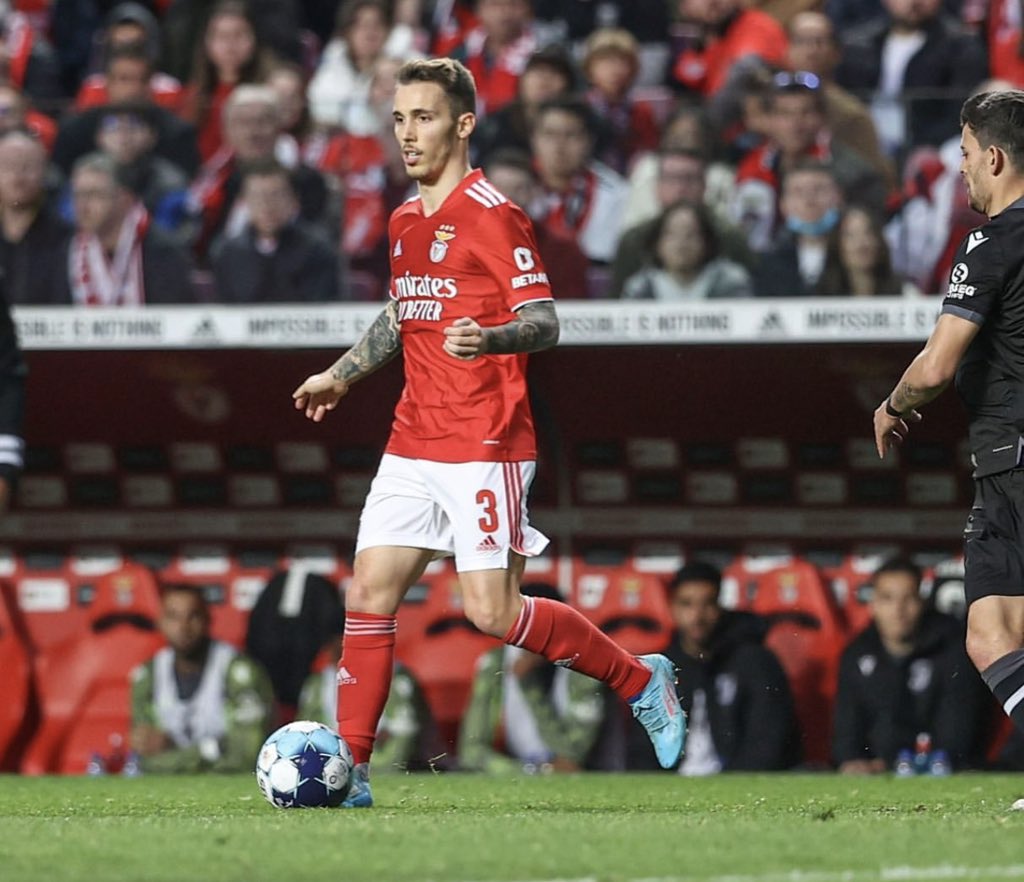 Arsenal manager Mikel Arteta has targeted a back-up left-back for first choice Kieran Tierney in the transfer market and Grimaldo is one of his targets. Apart from Grimaldo, Ajax Amsterdam star Lisandro Martinez is also a target for the Gunners, but they are in a stiff race to sign him with Premier League rivals Manchester United amidst the fact that his Dutch club don’t want to sell him. Latest reports in the Dutch media stated that Ajax have increased their asking price for Martinez from €50m to €60m. Argentine international Martinez is a versatile player who can play as a left-back, a centre back and a defensive midfielder. It has been reported that Manchester United see the Argentine as a centre back, while Arsenal see him as a left-back.

It appears the Gunners have moved to Grimaldo after they were priced out of a move for Martinez. Various reports had claimed they will make a bid for the Spaniard and it has materialised. Arsenal have stepped up their interest in Grimaldo by making a bid for the player.

Grimaldo, 26, came through the famed La Masia Academy at Barcelona and he went on to score six goals in 92 games for Barcelona B. He has won three league titles at Benfica and scored 19 goals in 249 games for the Portuguese club since he joined in 2015.