Arsenal Fc ladies kepttheir dreams of winning the England women super league alive, after returning to winning ways with a 3-0 away to Reading. Women super league highest goal scorer Vivianne Miedema, gave Arsenal ladies the lead in the 2nd minute, in what was her 16th goal of the season. Which automatically makes her the record goal scorer in a single season in the Women Super League, with seven matches yet to be played. She met a KatrineVeje cross with a powerful shot that took a deflection, before finding its way past Reading goalkeeper  GraceMaloney. The host responded with a spell of fluid attacking play, with Remi Allen firing narrowly wide from a Brooke Chaplen pass. 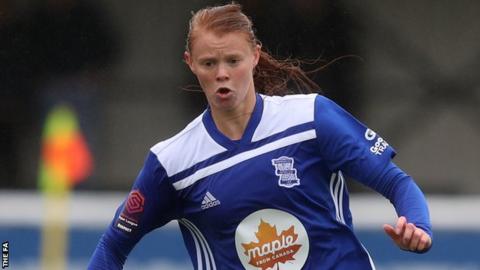 The gunners remained a threat, and saw the Reading goalie keep out Miedema’s close range header just before the half-hour mark. Reading ladies nearly equalised in spectacular fashion soon after that, when a sensational Fara Williams’ spectacular volley was tipped onto the bar by Arsenal goalkeeper.

Arsenal grabbed a crucial second goal from the spot, ten minute from time, Reading’s Jade Moore had fouled Arsenal’s Danielle van de Donk, while Little had no problem slotting the ensuing spot kick past Maloney. McCabe added the icing on the cake with a last minute long range strike that flew past Maloney.

Speaking to the mediaafter the match, Arsenal defender Louise Queentalked about how getting a penalty at the time they got it was the perfect timing, as it helped relive the pressure they were under in that moment. She also spoke about how important it was to get a clean sheet as a defender, because they couldn’t in their previous match. In other results, Manchester City defeated Brighton and Hove Albion 3 goals to nil, WhileChelsea lost precious ground in the title race after losing a 3-2thriller to Birmingham. The result takes Arsenal Ladies five points above Chelsea, while they still trail leaders Manchester City by just a point, although they have a game in hand.